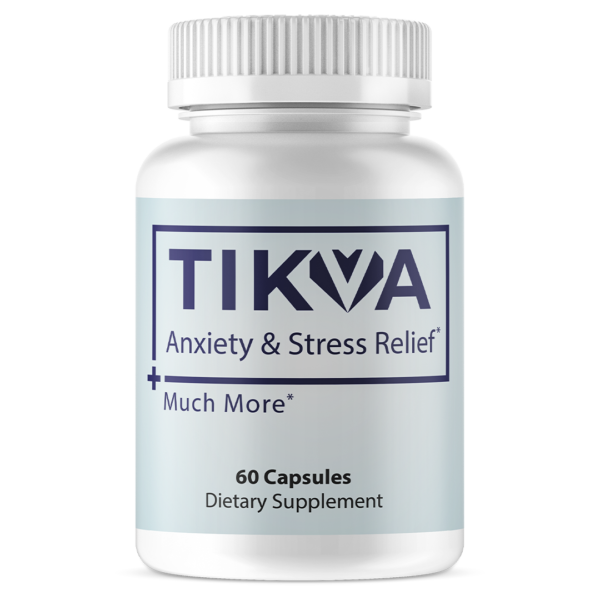 Our Anxiety formula was created to help calm you and reduce your stress. This blend includes ashwagandha, chamomile, Lemon Balm, L-Theanine, and many other ingredients to soothe you.

Mental health problems such as memory loss, anxiety, depression, irritability, and insomnia are associated with deficiencies in vitamin B1. The brain uses B1 to help convert glucose or blood sugar into energy which means that without it, the brain may not have enough energy to function normally. [1]

Mood Regulation – Vitamin B6 plays an important role in mood regulation which is partly because this vitamin is necessary for creating the neurotransmitters that regulate emotions. This includes serotonin, dopamine, and gamma-aminobutyric acid (GABA). [2]

PMS – Vitamin B6 has been used to treat symptoms of premenstrual syndrome, including anxiety, depression, and irritability, and… Researchers suspect that B6 helps with emotional symptoms related to PMS due to its role in creating neurotransmitters that regulate mood. A small study found that 50 mg of vitamin B6 along with 200 mg of magnesium per day significantly reduced PMS symptoms, including mood swings, irritability, and anxiety, over the course of one menstrual cycle. [3]

Depression – Magnesium plays a critical role in brain function and mood, and low levels are associated with an increased risk of depression. In fact…

An analysis of more than 8,800 people found that those under age 65 with the lowest magnesium levels had a 22% greater risk of depression and supplementing with magnesium may help reduce the symptoms of depression. plus…

A 6-week study also showed that taking 248 mg of magnesium per day decreased symptoms of depression and anxiety, regardless of magnesium status.

Anxiety – Research suggests that magnesium helps treat and prevent anxiety, and…
One study associated increased magnesium intake with a lower risk of depression and anxiety. [4]

The highest amount of zinc in the body is found in our brains and zinc deficiency can lead to symptoms of depression, ADHD, and difficulties with learning and memory. Zinc has also been found to be low in the serum of those suffering from depression, and in fact…

The more depressed someone is the lower their levels of zinc. Zinc supplementation has been shown to have an antidepressant effect. [5]

Rhodiola acts as an adaptogen, helping your body to handle stressfull situations easier, improve symptoms of burnout during chronic stress and helps to alleviate fatigue. [6]

Ashwagandha is an adaptogen that helps control several stress mediators such as heat shock proteins, cortisol and the stress signaling pathways in your body (JNK-1). It also reduces your response to stress and anxiety and improves quality of sleep. [7]

A 2016 study found that long term use of Chamomile significantly reduced generalized anxiety disorder but did not effect future recurrence. [8]

Two small studies on GABA have shown increased feelings of relaxation during stressful events within an hour of supplementation. Two other studies showed reduction in stress and mental fatigue during problem solving tasks. [9]

In a small study, those taking lemon balm reported an increased sense of calm, relaxation and boost in positive mood. Another study showed a reduction in anxiety, nervousness and excitability. [10]

Bacopa is an adaptogen that increases your body’s resistance to stress by recuing levels of cortisol. A recent study showed Bacopa had similar anti-anxiety effects as lorazepam, but more studies are needed to substantiate this.[12]

L-theanine is a relaxing agent known to relieve stress and anxiety. These effects can also be felt in people with psychological disorders, including bipolar disorder, and some people claim to experience improved concentration. Researchers believe that L-theanine may control aspects of human brain function, and Electroencephalogram (EEG) studies have demonstrated it can have a direct relaxing effect on the brain without making you drowsy, plus… [4]

In an open study, researchers found that l-theanine is safe and has multiple beneficial effects on depressive symptoms, anxiety, sleep disturbance, and cognitive impairments. [15]

St. John’s wort is know best for helping with depression by helping the brain properly use serotonin, dompamine, GABA and norepinephrine. 50% of people that suffer from depression also have anxiety disorder and while helping with the depression those people would experience a reduction in anxiety. [17]

In 2 studies, Hops was shown to significantly improve mild depression, anxiety and stress. [18]