L-Arginine is an essential nutrient for our immune systems, playing a critical role in several key areas including the forming protein.  Arginine is an important component in making nitric oxide (NO), which is a key mediator of immune responses. Your body needs enough Arginine to perform several different metabolic pathways, or functions that occur at the cellular level. Thus, it may be necessary to ensure you maintain a healthy, balanced level of Arginine through dietary supplementation. Experimental and clinical findings  support the idea that Arginine is an essential nutrient for our immune systems. [1]

Coenzyme Q10 (CoQ10) plays a number of vital roles in the cell that are needed for your immune system to function at an optimal level. As an antioxidant, it works against free radical-induced oxidation to protect cells. CoQ10 has also been shown to have an anti-inflammatory effect by repressing genes that cause inflammation and helping to break down damaged cells. [2]

Pomegranates have long been regarded for their multiple health benefits, one such being their antimicrobial properties. Recent spikes in bacteria that are resistant to drugs alongside the potential for global pandemics call for additional measures to boost your immune system. Research today shows that pomegranates and pomegranate extracts, due to their effectiveness against many bacteria and viruses, may work as a natural alternative. [3]

The studies are in and L-Carnitine is a winner.

Studies in older adults have shown that l-carnitine can lead to increased muscle mass, a decrease in body weight and reduced physical and mental fatigue. [5]

It’s well established that not having enough protein lowers your immune system’s functionality and makes you more susceptible to infections. It’s hypothesized that insufficient energy from protein is the #1 contributor to immune system deficiency in the world. However, only recently have researchers begun to study the potentials of dietary amino acids to support immune function, despite it being a well established fact. Earlier on, research suggested amino acids are an important source of energy for immune cells and for antioxidant defenses. Now, it is accepted some amino acids that were previously deemed non-essential may be essential. These include proline, arginine, glutamine, glutamate, glycine, taurine and cysteine. [6]

A strong antioxidant, Vitamin E is found more in immune cells compared to other types of blood cells and is an effective nutrient for regulating immune function. Deficiency in Vitamin E has been shown to suppress regular functions of the immune system. This, however, can be fixed by replenishing the Vitamin E. While deficiency may be rare, evidence shows ingesting more vitamin E than current recommendations enhances the functionality of the immune system and cuts down on risk of infection. [8]

Vitamin A is critical in maintaining the natural defenses of your body, including the mucousy barriers in your eyes, gut, genitals, and lungs that trap infectious pathogens like bacteria.

Additionally, it plays a part in producing and maintaining white blood cells, which assist in capturing and purging pathogens from your bloodstream. Deficiency in vitamin A can increase your vulnerability to infections and prolong recovery while ill. [9]

Vitamin B3 may assist the immune system target and destroy “superbugs,” or antibiotic-resistant staph bacteria. Studies done with mice and human blood showed high doses of Vitamin B3 improved immune cell’s ability to kill the bacteria by 1,000 times. [10]

Known as the “anti-stress vitamin,” Vitamin B5 precursors coenzyme A, which is vitally important to all micro-organisms. Deficiency in Vitamin B5 leads to lowered production of  cortisol, increased arthritic pain, fatigue, myalgia, depression, sleep disorders,  headaches, and other “proinflammatory” effects on the immune system.

Vitamin B5 activates immune cells to produce proteins that are vitally important in controlling immune and blood cells. When released, these proteins tell the immune system to do its job. [11]

Adding a large dose of vitamin B6 to your diet or taking B6 supplements of around 50 or 100 mg/day has been shown to improve the immune response of critically ill patients. [12]

Vitamin B6 also helps to maintain your immune system by aiding chemical reactions to improve their efficiency. Introducing foods rich in vitamin B6 to your diet will help protect your body against infections and other pathogens. Additionally, studies performed with older adults have connected reduced levels of vitamin B6 with poor immune response. [13]

Vitamin B12 is critically important for the function of your immune system. The main reason for this is so that your body can produce enough red blood cells.. If you’re deficient in vitamin B12, your immune system may struggle to fight off infections. Red blood cells are vital immune cells that participate in your body’s immune response, so ensuring they’re well supplied is important.

Without enough Vitamin B12 in your diet or through supplements, you may be susceptible to pernicious anemia, an autoimmune disorder wherein your immune system attacks stomach cells, thereby inhibiting the body’s ability to absorb vitamin B12. Why this condition happens is unknown, but supplements can help with the symptoms. [14]

Vitamin C is well known for its many roles it plays in the immune system, and is widely taken in supplementary form to boost one’s immunity

Vitamin C helps to move along the production of white blood cells called lymphocytes and phagocytes that defend the body from infections.

Furthermore, Vitamin C assists with the functionality of these white blood cells, in addition to safeguarding them from free radicals and other molecules that could cause harm.

Additionally, vitamin C acts as a vital instrument in the skin’s defense system. Vitamin C goes directly to the skin, where it assists as an antioxidant and fortifies the skin’s barriers.

On the flip side, it’s been shown that low levels of vitamin C levels are connected with poor health results. One example of this is demonstrated in people who have pneumonia, who tend to have reduced levels of vitamin C.  In these circumstances, Vitamin C supplements have been shown to reduce the time it takes to make a recovery. [15]

Vitamin D is important in the making of anti-inflammatory T cells, the main star of your immune system. Without enough vitamin D, you are more vulnerable to infections, in addition to autoimmune diseases like rheumatoid arthritis (RA), lupus, and multiple sclerosis (MS). . Furthermore, Vitamin D helps safeguard and maintain your intestinal lining. This is vital, since around 70% of our immune cells reside in the intestinal lining. Even more, increasing your intake of vitamin D by a large quantity has been shown to lower your risk for upper respiratory tract infections. [16]

Selenium is vital to the health of your immune system. Selenium is an antioxidant that helps preserve the balance between antioxidants and free radicals in your body, which aids in reducing inflammation while enhancing immunity.

Findings from research have shown that higher levels of selenium in your blood are linked with improved immune response. On the flipside, not getting enough selenium has been shown to hinder the functionality of immune cells and may cause slower immune responses.

Additionally, for people with HIV, research has linked selenium deficiency with a higher risk of both death and progression of the disease. On the other hand, those who’ve supplemented their diet with selenium have been shown to result in fewer hospitalizations and an improvement in symptoms.

Furthermore, supplementary selenium may help to strengthen the immune system in people with influenza, tuberculosis, and hepatitis C. [17]

Chromium is essential in assisting insulin to take action so that the body can make use of sugars, fats, and proteins. Additionally, chromium is important in stimulating or suppressing the immune response. [18]

Playing an important role in the immune system, those who lack enough zinc are more vulnerable to a multitude of bacteria, viruses, and other pathogens. From research, zinc clearly affects multiple aspects of the immune system including the skin barrier, gene regulation, and more. Proper levels of Zinc are vital for the creation, action, and maintenance of immune cells. Furthermore, zinc has antioxidant traits that help protect against oxidation. [19]

A trace mineral, Copper is crucially necessary for survival. You can find copper in all body tissues. Some of the roles it plays include helping to make red blood cells, maintaining nerve cells, as well as maintaining the immune system. Deficiency in copper can result in neutropenia, or a lack of white blood cells that fight off infections. People with low levels of white blood cells are more vulnerable to infectious diseases. [20] 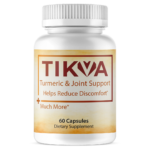